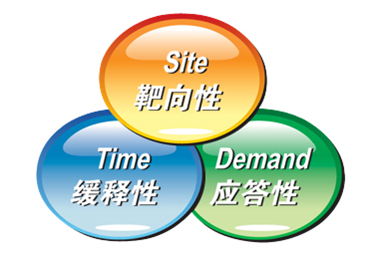 1. What is drug delivery system (DDS)?

When a traditional drug enters the human body via various routes of administration, it will be carried by blood or other body fluids to be widely distributed in the body. As the drug is exerting its effect at the disease site, it may also act at other normal tissues to cause side-effects, i.e., adverse drug reactions. On the other hand, because a drug has different pharmacological effects on distinct organs, and it often happens that while a drug concentration is still below the therapeutic level at the disease site, it is already producing toxicity in another organ. This limits the clinical dosage of many drugs and causes them to be “effective in vitro, but ineffective and even highly toxic in vivo”.

The concept of drug delivery system (DDS) was first proposed by pharmacologists in the developed countries in the 1960s. The objective of DDS is to effectively deliver drugs to the sites where they are needed and limit drug distribution to undesirable locations, and therefore minimize adverse effects.

Targeted drug delivery system (TDDS), also called targeted formulations, was based on the concept of DDS and had its first application in the 1970s. It represents a novel formulation technology and process, which can deliver a drug to its targeted organs or cells with minimal impact on normal tissues. Early on, TDDS was primarily for cancer therapeutics and was gradually extended to “carry” many drugs after in-depth research. In the mid-80s, many international DDS journals, such as Microencapsulation, were launched. Meanwhile a lipid microsphere carrier formulation, invented by Professor Mizushima of Institute of Medical Science, St. Marianna University School of Medicine of Japan, transformed the DDS concept into drugs applied in the clinic. In 1993, a special collection of research articles on TDDS was published in the Journal of Drug Targeting founded and edited by A. T. Glorence.

From the very beginning, TDDS has attracted much attention from pharmaceutical scientists around the world. In the U.S, the sales of targeted pharmaceutical preparations reached several hundred million US dollars in 1995. In Sweden, there are products based on micro starch particle products (Spheres) on the market. In Japan, a TDDS drug was successfully developed and introduced to the market in 1988. In China, research on TDDS started in 1980s; currently many drugs have gone through laboratory sample preparation. Two drugs, Alprostadil injection and Flurbriprofen Axetil Injection, have been marketed and are being produced in industrial scale.

2. Characteristics of DDS
TDDS refers to a drug delivery system that is prepared with a novel technology and process. It is capable of maximal delivery of a drug with selective concentration to the targeted organs, tissues or cells. By this way it can achieve high therapeutic effect with low toxicity. TDDS is considered the ideal formulation for drug therapy, particularly for anti-cancer drug therapy.

TDDS have the following advantages over regular or controlled-release formulations: (1) drugs are localized with effective concentration around the targeted area; (2) lower drug dose is needed; (3) therapeutic effect is improved; (4) toxic and side effects from the drug are decreased.

4. Characteristics of targeted formulations
A targeted formulation is mainly a carrier formulation. The carriers are often ultra-fine particles. The physical and physiological interaction in human bodies can often selectively collect dispersed micro particles in places such as liver, spleen and lymph system. Therefore, micro particles not only could protect drugs from being destroyed, but also could deliver the carried drugs in bulk to these sites to exert therapeutic effects after drugs release. This type of targeting characteristics was primarily found through experimental observations.

Brusd et al. observed that particles with sizes of 0.1-0.2 μm were quickly cleared from the blood through macrophages of the reticuloendothelial system (RES) and ultimately ended up in lysosomes of hepatocytes; particles of 50-100 μm could enter liver parenchymal cells; particles less than 50μm could go through liver endothelial cells, or reach spleen and bone marrow through the lymphatic system; particles of 7-12 μm administered via intravenous injection could be taken up by the lung through its mechanical filtration; and particles greater than 12 μm could be retained in capillary beds of liver, kidney and tumors. However, there are exceptions to these characteristics since they are also dependent on surface charge, hydrophobicity, the macromolecules adsorbed at the surface, as well as particle formulation and types.

5. Prospect of DDS
It has long been a dream to have a DDS that could target drugs to specific sites, precisely control drug release and prolong drug effect. Today, this dream has been realized, and quickly impacted almost all branches of medicine, including cardiology, ophthalmology, endocrinology, oncology, pulmonology, and immunology. The market share for DDS has been growing rapidly. Many principles of drug delivery, for instance, controlled release microcapsule reagents, have also found usages in broader fields such as pesticides, fertilizers, herbicides, spices, and flavoring agents. The pharmaceutical industry always focuses on pharmaceutical products with commercial viability and marketability, but more importantly, DSS itself could provide the basis for competitiveness. 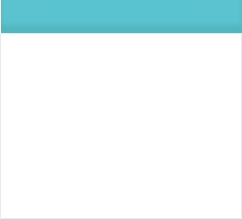